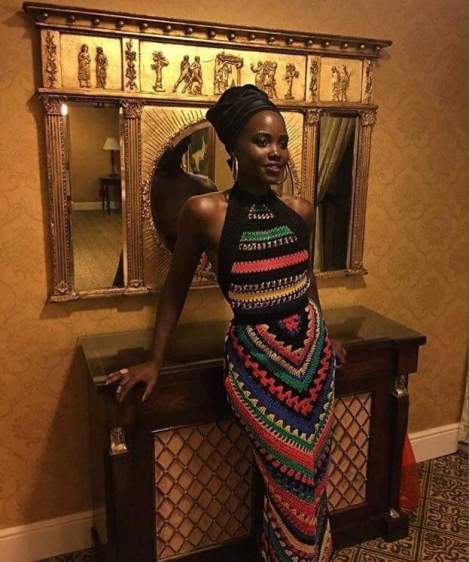 That thorny question is increasingly being raised as the growing number of foreign-born blacks in America inspires a quiet debate over who can claim the term “African-American,” which has rapidly replaced “black” in much of the nation’s political and cultural discourse.

The demographic shifts, which gained strength in the 1960’s after changes in federal immigration law led to increased migration from Africa and Latin America, have been accompanied in some places by fears that newcomers might eclipse native-born blacks. And they have touched off delicate musings about ethnic labels, identity and the often unspoken differences among people who share the same skin color.

By 2000, foreign-born blacks make up 30 percent of the blacks in New York City, 28 percent of the blacks in Boston and about a quarter in Montgomery County, Md. Recently, black immigrants and their children have become more visible in universities, the workplace and in politics, with Colin L. Powell, the son of Jamaican immigrants, serving as secretary of state, and Barack Obama, born to a Kenyan father and an American mother, a United States Senator from Illinois and emerging as a rising star in the Democratic Party.

During the campaign, the debate spilled into public view when Alan Keyes, the black Republican challenger for the Senate seat in Illinois, questioned whether Mr. Obama, the keynote speaker at the Democratic National Convention, should claim an African-American identity. “Barack Obama claims an African-American heritage,” Keyes said on the ABC program “This Week”.

“Barack Obama and I have the same race that is, physical characteristics. We are not from the same heritage.” “My ancestors toiled in slavery in this country,” Mr. Keyes said. “My consciousness, who I am as a person, has been shaped by my struggle, deeply emotional and deeply painful, with the reality of that heritage.”

Some black Americans argue that black immigrants, like Kamus, and the children of immigrants, like Mr. Obama and Mr. Powell, are most certainly African-American. (Mr. Obama and Mr. Powell often use that term when describing themselves.) Yet some immigrants and their children prefer to be called African or Nigerian-American or Jamaican-American, depending on their countries of origin. Other people prefer the term black, which seems to include everyone, regardless of nationality.

Keyes’s comments reflect the views of a number of black Americans, including those who challenged Kamus at the meeting on prostate cancer.

Many argued that the term African-American should refer to the descendants of slaves brought to the United States centuries ago, not to newcomers who have not inherited the legacy of bondage, segregation and legal discrimination.

Dr. Bobby Austin, an administrator at the University of the District of Columbia understood why some blacks were offended when Mr. Kamus claimed an African-American identity. Dr. Austin said some people feared that black immigrants and their children would snatch up the hard-won opportunities made possible by the civil rights movement.

Officials at Harvard pointed out that the majority of their black students perhaps as many two-thirds — were African and Caribbean immigrants or their children, or to a lesser extent, children of biracial couples. Sociologists say foreign-born blacks from majority-black countries are less psychologically handicapped by the stigma of race. Many arrive with higher levels of education and professional experience. And sociologists say they often encounter less discrimination.

“We’ve suffered so much that we’re a bit weary and immigration seems like one more hurdle we will have to climb,” said Dr. Austin, who traces his ancestors back to slavery. “People are asking: ‘Will I have to climb over these immigrants to get to my dream? Will my children have to climb?’ “These are very aggressive people who are coming here,” said Dr. Austin, who is calling for a frank dialog between native-born and foreign-born blacks. “I don’t berate immigrants for that; they have given up a lot to get here. But we’re going to be in competition with them. We have to be honest about it. That is one of the dividing lines.”

Obama said such arguments do not reflect the views of black Americans who have joined forces over the years with Africans and people from the Caribbean to fight colonialism and poverty. He said black descendants of slaves share more similarities than differences with black immigrants and their children. Obama says his grandfather worked as a servant in Kenya and was called a “house boy” by whites even when he was a middle-aged man.

Obama also said, “Some of the patterns of struggle and degradation that blacks here in the United States experienced aren’t that different from the colonial experience in the Caribbean or the African continent,” “For me the term African-American really does fit,” said Obama. “I’m African, I trace half of my heritage to Africa directly and I’m American.”

Shifting ethnic labels have long inspired fierce debates and discussions among blacks in this country, reflecting changes in socioeconomic circumstances, political strategies and evolving views of identity since Africans were first brought here as slaves.

Michael Thornton, a professor of Afro-American studies at the University of Wisconsin who has studied the issue said the term “African” was used sporadically during the 17th and 18th centuries. In the 1800’s, “colored” started gaining popularity because it was viewed as more inclusive referring to those of mixed-race as well as full African heritage.

In the 1890 census, for instance, blacks were asked to choose among four ethnic labels: black, mulatto, quadroon and octoroon, depending upon the degree of white blood in their ancestry.

In the 20th century, many black Americans shifted from colored to Negro to black and, most recently, to African-American, sometimes within one generation. “I’ve had to check several different boxes in my lifetime,” said Donna Brazile, former Democratic campaign manager in the 2000 presidential race.

“In my birth certificate I’m identified as a Negro. Then I was black. Now I readily check African-American. I have a group of friends and we call ourselves the colored girls sometimes, to remind ourselves that we aren’t too far from that, either.”

The term African-American has crept steadily into the nation’s vocabulary since 1988, when the Rev. Jesse Jackson held a news conference to urge Americans to use it to refer to blacks. “It puts us in our proper historical context,” Jackson said then, adding in a recent interview that he still favored the term.

“Every ethnic group in this country has a reference to some land base, some historical cultural base. African-Americans have hit that level of cultural maturity.” – Jesse Jackson.

Polls show the number of blacks using the term has steadily increased. In a survey that year conducted by ABC and The Washington Post, 66 percent said they preferred the term black, 22 preferred African-American, 10 percent liked both terms and 2 percent had no opinion.

In 2000, the Census Bureau for the first time allowed respondents to check a box that carried the heading African-American next to the term black. In 2003, a poll by the same news organizations found that 48 percent of blacks preferred the term African-American, 35 percent favored black and 17 percent liked both terms.

The term has become such a fixture in the political dictionary that many white politicians, including President Bush and Senator John Kerry, his Democratic rival in 2004, favored it in their political speeches. Yet Kerry’s wife, Teresa Heinz Kerry, who is white, has referred to herself on occasion as an African-American. She was born to Portuguese parents in Mozambique.

Many whites use the term for all blacks. But among blacks there is much less agreement, particularly in places like Maryland where Africans, Haitians and Dominicans mingle in the town’s coffee shops, nightclubs and beauty salons, or in neighboring Washington, where the City Council voted this year to include the Ethiopian language Amharic as an official language to accommodate the growing Ethiopian community.

Even adherents of African-American acknowledge that shifting demographics have made the term’s meaning more unclear. “It’s a comfortable term for me personally and for people like me who are of African descent and have been in this nation for a long time,” said Michael Lomax, the president of the United Negro College Fund, which raises money for 38 historically black colleges.

“But it gets more confusing when you recognize that this nation is full of all kinds of people of African descent.” “It’s a much richer and more complex variety than when we started asserting that we were African-American,” said Lomax, who argues that recent black immigrants from the Caribbean and elsewhere should feel free to use the term.

Foreign-born blacks are also divided. Angelique Shofar, the Liberian-born host of a weekly radio program in Washington called “Africa Meets Africa,” prefers to call herself an African, even though she has lived in the United States for 28 of her 39 years.

Phillip J. Brutus, the first Haitian-born state legislator in Florida, favors the term black because it includes foreign-born immigrants and black Americans. Brutus lives in Miami, where more than a third of the blacks are foreign born. “African-American has become the politically correct term to use, but I still say black,” Brutus said. “I say I’m black and American. That’s what’s most accurate. I think, by and large, black is more encompassing.”

Additionally, younger Africans and African Americans are not bonding as well as group elders would want many years after immigration. The African American Registry views these issues as preconceived stereotypes from both groups towards each other. Also many African American youths do not respect the daily religious beliefs and practices that Africans bring with them.

In Maryland, Mr. Kamus is still searching for the right label. He says he would like to be described simply as a universal man, but he knows that the United States, like many countries, has a long history of categorizing its people. And he would like to find a way of stitching his twin identities, one Ethiopian, one American into a whole.

With that in mind, Mr. Kamus and some of his Ethiopian-born friends plan to sit down with Dr. Austin and his American-born friends over a meal of savory meats and Ethiopian bread. They want to start a dialog about their similarities, their differences and issues of identity at a time of demographic change.

“We are in a critical stage of defining ourselves, who we are as Americans,” Mr. Kamus said of African immigrants and their children here. “But one thing is clear. We are here and we are not going home. This is out home now. That is the reality.”