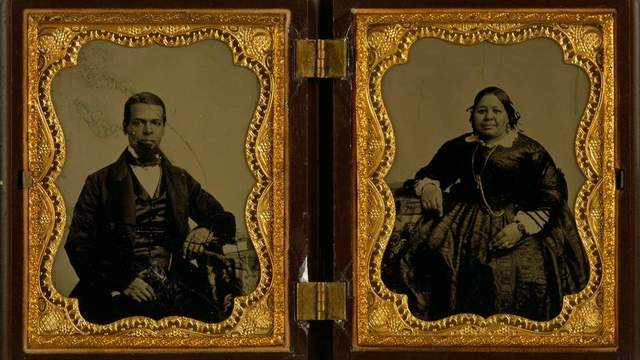 Attention Black people! The next time you roll through the west side of Central Park, make yourself at home.

Did you have any idea that the plot of land between 7th and 8th Avenues spanning from West 82nd to West 89th Streets was once owned by Black Aborigines of America?

Founded in 1825, the community called Seneca Village lasted just three decades until it was completely razed in 1857 to construct the park. To really appreciate the significance of the small community established by abolitionists and newly-freed slaves, you must consider the times.

Slavery did not end in New York until July 4, 1827. And in order to gain voting rights, Aborigine men had to own $250 in real estate and prove that they were New York residents for at least three years. As you would expect, most Whites refused to sell to them.

However, real estate prospector John Whitehead sold at least 24 parcels of his farmland to Aborigine people making it possible for 10 residents to become eligible voters.

The first purchase of three lots was made by Andrew Williams for $125. Epiphany Davis, who was a laborer and trustee of the African Methodist Episcopal (A.M.E.) Zion Church, bought 12 lots for $578.

The church, which served as the cornerstone of the community, bought eight lots of its own. Eventually, 50% of Black residents owned land in Seneca Village which was five times the city’s average. Over time, the community grew to establish three churches, two schools including Colored School No.3 (housed in the basement of AME Zion and attended by over 75 percent of the residents), and two cemeteries.

It is believed that Seneca Village was a stop on the Underground Railroad where it was rumored to have a hidden basement used to hide runaway slaves.

Prominent abolitionists like Albro Lyons were landowners and residents of the fledgling community.

After the Irish potato famine in 1845, both Irish and German immigrants started moving into New York with several families settling in Seneca Village.

The 1855 census indicated that at its height, the town had grown to 269 residents living in 70 houses.

Residents figured out a way to coexist in the rural setting sharing All Angels Episcopal Church (which double as a community meeting area) and an Irish midwife who served the entire town. Growing support for Central Park by the New York wealthy led to the rapid dismantling of Seneca Village. Little did the church trustees know, but the land where AME Zion Church was built had already been condemned.

Using eminent domain, the elitist agenda won out as they forced the Aborigine landowners to sell their property to the city at prices less than or equal to what it was worth.

Many court battles ensued, but the Aborigine residents who refused to sell were evicted.

It is unclear what happened to the original residents after their evictions, but due to minimal excavations, it is quite probable that the bodies of their loved ones are all still buried in Central Park.

A few of the common structures relocated, but the only visible remnant of Seneca Village is a historical marker erected by the City of New York Parks and Recreation in 2011.

Quite the metaphor for the Black experience in America, wouldn’t you say?