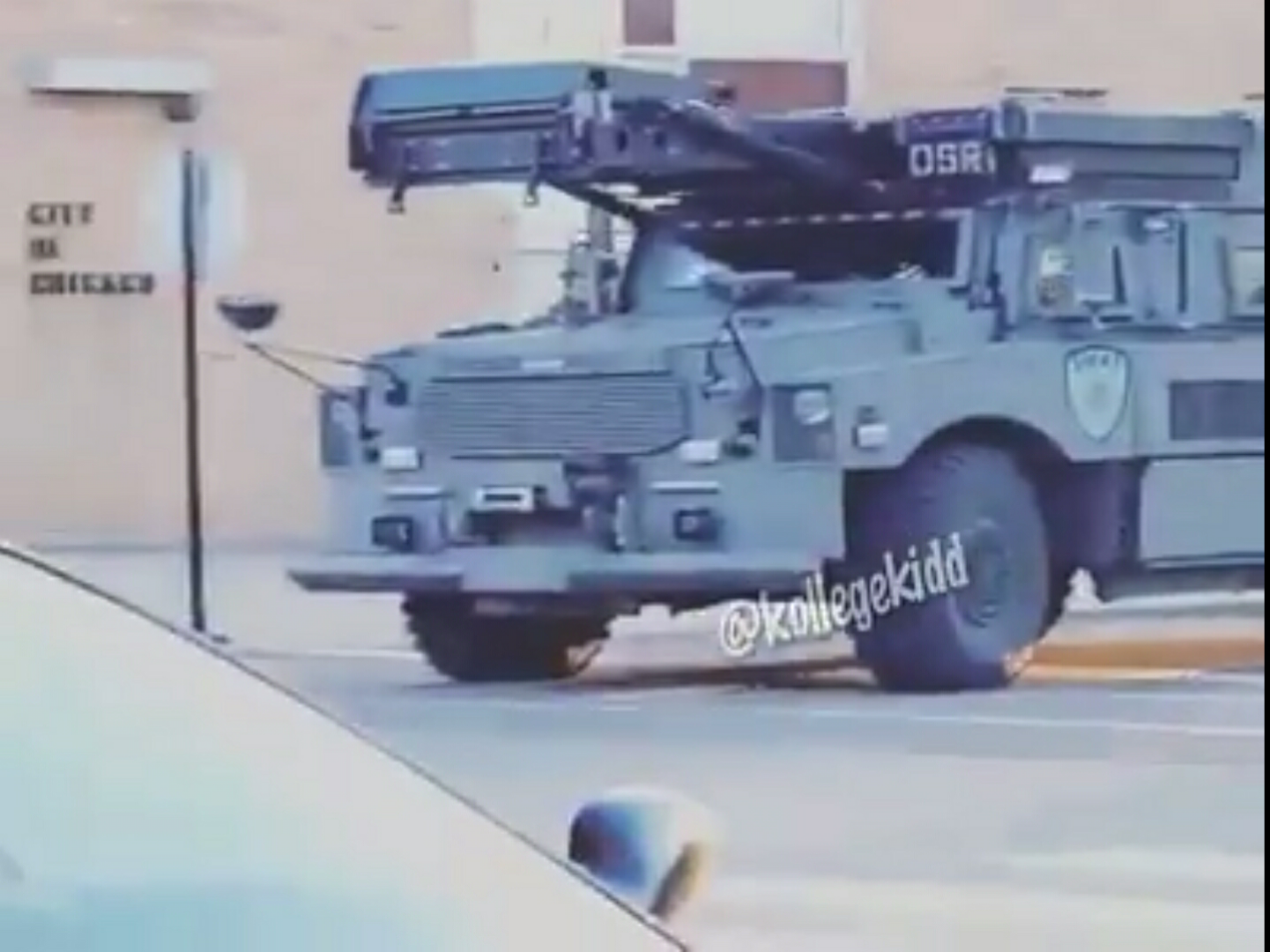 Armed Military Forces Have Been Deployed In The City Of Chicago

A resident of the city of Chicago captures live video footage of heavily armed military troops moving into the streets of Chicago, on his Instagram account.

This footage was originally recorded on February 14, 2017. The gentleman points his camera towards a building that reads “City of Chicago” to indicate to the public of his location, then he proceeds to move his camera towards the military forces, capturing them driving from one street to the next.

You can hear the gentleman stating “They out here boy, Oh boy.” Once the military forces drove past him.

On January 24th 2017, President Trump tweeted that he “will send the Feds!” to Chicago if they “don’t fix the horrible carnage going on.”

Watch the video below.