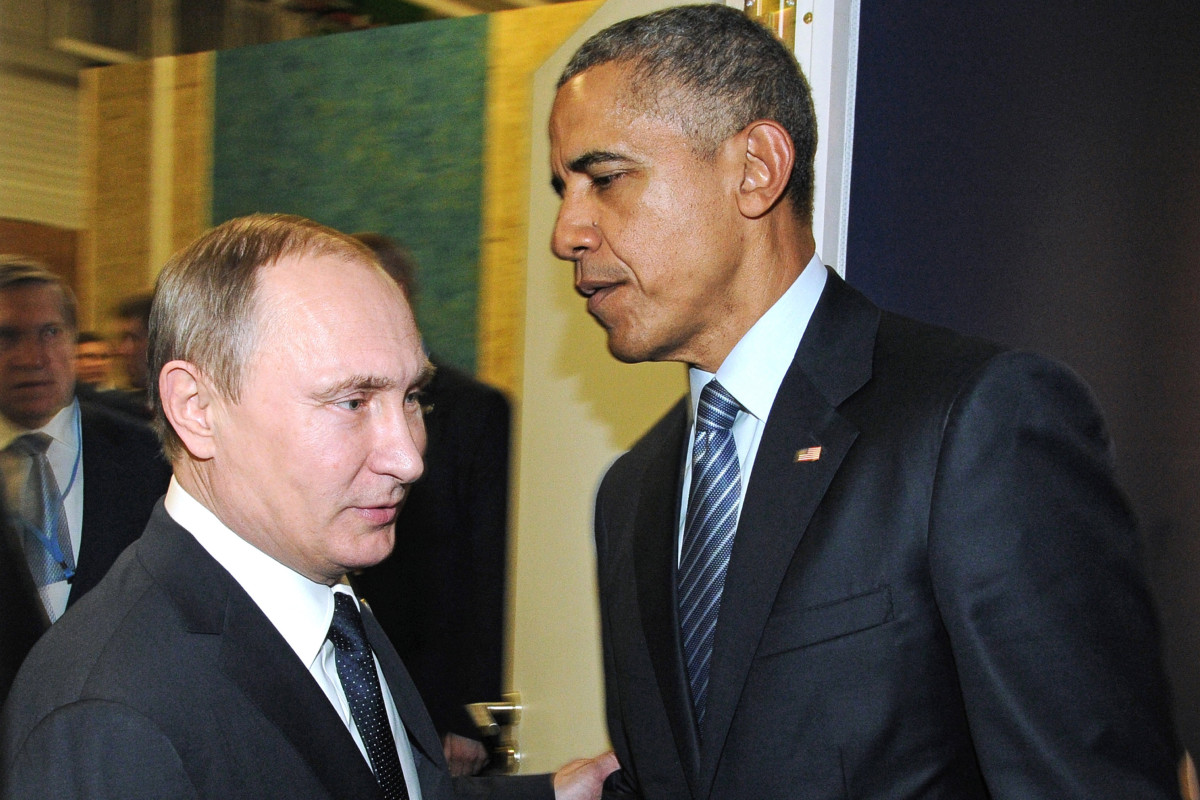 Is Russia Preparing To Attack The United States? The other day, a little present arrived in the mail. It was book, or rather a pair of doorstops. Titled Doomed to Cooperate, the massive two-volume set is about 1,000 pages of essays, interviews, and vignettes from more than 100 participants in the remarkable period of cooperation between the nuclear weapons complexes of the United States and Russia in the immediate post-Cold War period.

Siegfried Hecker, who edited the volumes, titled them after the remark of a Soviet scientist, who said of the shared danger that nuclear weapons pose, “Therefore, you know, we were doomed to work together, to cooperate.” Not everyone got the message, certainly not Vladimir Putin. Set against relations between Washington and Moscow today, the incredible stories in Hecker’s two volumes seem to be from another era entirely.

On Monday, Putin issued a decree suspending a plutonium disposition agreement with the United States due to its “unfriendly actions.” (An unofficial translation is available from the Center for Energy and Security Studies in Moscow, as is a draft law submitted by the Kremlin.) Putin’s decree ends one of the last remaining forms of cooperation from that remarkable era. “Plutonium disposition” is a fancy sort of phrase, the kind of term of art that, when I drop it at a cocktail party, sends people off to refill their drinks. But plutonium is the stuff of which bombs are made.

After the Cold War, the United States and Russia agreed to dispose of tons of plutonium to make sure it could never be put back into bombs. So believe you me, when the Russians decide that maybe they should just hang on to that material for a while longer, it’s not so boring. And we’re talking about a lot of plutonium here. If you recall the dark days of the Cold War, or maybe just read about them in a book, the United States and Soviet Union each had tens of thousands of nuclear weapons. That’s sort of insane if you think about what just one nuclear bomb did to Hiroshima and another to Nagasaki. But the United States and the Soviet Union each built stockpiles in excess of 30,000 nuclear weapons at their peak, massive arsenals of nuclear weapons that vast exceeded any conceivable purpose. And at the beating heart of the vast majority of those bombs were tiny little pits of plutonium.

Washington and Moscow have made great strides in reducing their vast nuclear arsenals, although we still have more than enough nuclear weapons to kill each other and then make the rubble bounce. The United States, for example, has reduced its stockpile from a peak of 31,255 nuclear weapons in 1967 to 4,571 in 2015. Let’s just say Russia’s stockpile is comparable, though perhaps not quite as modest.

Of course, retiring a nuclear weapon requires it to be dismantled. In the United States, a backlog of thousands of weapons awaits dismantlement. That queue stretches to 2022, and few experts think the United States will meet that target. And even once a weapon is dismantled, that still leaves the plutonium. As long as the plutonium exists, it can be turned back into a nuclear bomb.

The United States and Russia have lots and lots of plutonium left over from the Cold War. Neither country makes new plutonium anymore, or at least no weapons-grade plutonium, but don’t worry — there’s still more than enough to keep you up at night. The International Panel on Fissile Materials, at Princeton University, estimates the stockpiles of weapons-grade plutonium at 88 metric tons for the United States and 128 metric tons for Russia.

To give you a sense of how much plutonium that is, it is an unclassified fact that a nuclear weapon can be made with as little as 4 kilograms of plutonium. It’s a slightly touchier subject that this is the average in the U.S. stockpile — one can make do with less. But let’s do the math: Even at 4 kilograms per nuclear weapon, 88 metric tons represents enough material for 22,000 nuclear weapons.

One hundred and twenty-eight metric tons is enough for 32,000 nuclear weapons. Want to get your arms race on?

When the Cold War ended, the more enlightened souls among us realized that reducing these stockpiles of plutonium was a critical task. As long as the plutonium remained, so did the possibility of resuming the arms race. Or, god forbid, the possibility the material might fall into the wrong hands. A pair of studies by the National Academy of Sciences (published in 1994 and 1995) called excess fissile material a “clear and present danger to national and international security.” The United States and Russia freely admitted that much of their stockpiles of plutonium and highly enriched uranium was excess to any conceivable need. In addition to programs to help Russia keep track of its massive amount of material, Washington and Moscow agreed to eliminate some of it. For the plutonium stockpile, in 2000 the United States and Russia each offered 34 metric tons for elimination under the Plutonium Management and Disposition Agreement.

And then … nothing happened. As it turns out, Washington and Moscow make better enemies than friends. Plutonium isn’t easy to dispose of, and the United States and Russia quarreled endlessly about how to eliminate the material. The story of why the material was never disposed of is long and complicated, involving different technological attitudes in Russia and the United States, as well as healthy helpings of South Carolina barbecued pork.

The simplest way to put it is this: The United States and Russia quickly fell to arguing, requiring a new disposition plan in 2007, followed by more arguing until the disposition plan was amended in 2010, and both sides were still arguing about amending the deal when Putin finally pulled the plug this week. Pavel Podvig, who literally wrote the book on Russia’s nuclear program, tells the whole sordid story if you want to read about it.

At some level, though, the details don’t matter. The technical and political questions of how best to eliminate the plutonium pale in comparison to the political urgency of eliminating the threat it poses — they should. If either side wanted a solution, there were options.

Knowledgeable observers like Podvig offered plenty of constructive solutions that might have kept the agreement alive. We collectively chose to do nothing. And so here we are. Putin’s decree states that Russia isn’t planning on turning the plutonium back into weapons just yet. But there is no reason it couldn’t. And there is no clear plan for what happens to it now. The plan seems to be that the United States and Russia will simply continue to sit on tens of thousands of nuclear weapons’ worth of plutonium for the indefinite future. (Oh, and plutonium ages better than Sophia Loren, so the bombs that might be built out of it could be menacing your grandchildren.) If you think about it, this isn’t really a plan at all — just a terrible inability to do anything in the face of a common danger or head off what looks like a return to Cold War animosity.

If anything makes Hecker’s collection of stories seem like they come from another time, it is that. Once upon a time, there was a collective belief among American and Russian scientists that they could do something about the shared danger posed by nuclear weapons. They may have joked about being “doomed to cooperate,” but it was a wry humor. These men and women who were charged with building the weapons to destroy one another still believed that we could work together to make the world a safer place. We’ve lost that sense. And without the belief that we can cooperate, what are we other than doomed? – Dane Calloway

WWIII Is Rapidly Approaching – US vs Russia and China next post