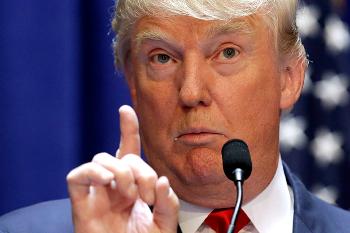 The Electoral College was established so that a small group of men could exercise a sober second-thought on the election of the President. At the time, it should be noted of course, the learned men who crafted the Constitution did not hold the general population in high regard. We have come a long way since then, but it is worth perhaps recalling why the Electoral College was established.

It was equally desirable, that the immediate election should be made by men most capable of analyzing the qualities adapted to the station, and acting under circumstances favorable to deliberation, and to a judicious combination of all the reasons and inducements which were proper to govern their choice… It was also peculiarly desirable to afford as little opportunity as possible to tumult and disorder. This evil was not least to be dreaded in the election of a magistrate, who was to have so important an agency in the administration of the government as the President of the United States. But the precautions which have been so happily concerted in the system under consideration, promise an effectual security against this mischief. [Emphasis added]

One, of course, should not recommend lightly that the Electoral College substitute its will for the will of the people, nor even upset the tradition of reflecting the popular will as filtered through the distribution of electoral votes.

But, the election of Donald Trump raises unique questions. First, is he really fit to be President? One might argue that the people have made that judgment… but, have they? This conclusion has nothing to do with his opinions or even his being a sexual predator, but rather that he displays all the signs of a sociopathic personality disorder. Although the term did not exist at the time, one might think that one function of the Electoral College may have been to serve as a bulwark against a sociopath becoming president regardless of his political views.

But, even that function may be considered a stretch as the popular will is much more respected today as the only basis for legitimacy. People, it may be said, saw him in action. The question is whether they were able to relate that to a “diagnosis” that has profound consequences.

But, the fact remains that if invoking the legitimacy of the popular will is grounds for objection to the Electoral College overturning the results, Trump did not win the popular will. He came in second.

The second, however, is even more telling: the involvement of a foreign government, an adversary, in our elections. This is no longer rumor or innuendo. It was confirmed by the intelligence service, and now confirmed by Russia itself.

Consider additionally that we still do not have Trump’s taxes that would show Trump’s financial relationships to the very country that meddled in our elections.

Add all this up: a sociopath, who lost the popular vote (that he himself said should be determinative), admitted Russian involvement in the election, and complete opacity about what Trump’s financial relationships are with that meddling foreign power nor with his role model who leads it, Vladimir Putin.

Together, these constitute an appropriate basis for the Electoral College to perform its role as the “sober second-thought” the Founders envisioned.

This election is not over yet?

Russia Is Encouraging Its Navy For International Conflict previous post