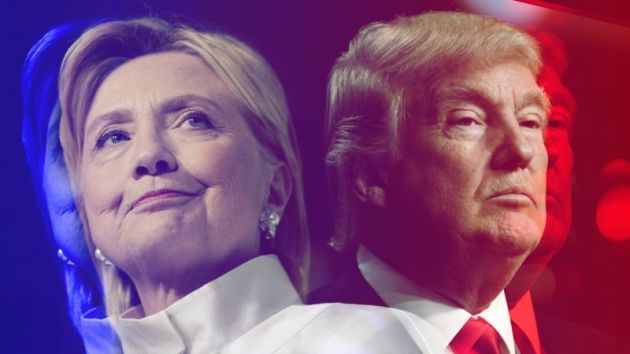 Police Brutality & Racism Were Bypassed By Both Candidates Both Presidential candidates were dancing around many of the questions given. Especially the ones pertaining to racism and police brutality against African-Americans and Mexican-Americans.

Hillary Clinton stated that fixing race relations comes down to two things: restoring trust between police and communities of color and reforming gun laws. Clinton then also stated that gun violence is the leading cause of death among young African-American men. She says tackling the “plague of gun violence” is critical. She says race remains a “significant issue” that too often determines where people live and go to school and how they’re treated in the criminal justice system.

Donald Trump talked about the importance of “law and order” in response to the moderator’s question on how to heal racial divides. He stated that if we don’t have it, “we’re not going to have a country.” He says that in inner cities, African-American and Hispanic communities “are living in hell because it’s so dangerous.” Trump says that if you walk down the streets in places like Chicago, “you get shot.” He goes on to cite the controversial “stop-and-frisk” policing tactic as a way to bring down crime. “Right now our police are afraid of doing anything,” he says. A federal judge ruled “stop-and-frisk” unconstitutional. I did not like neither one of their responses, because they did not give a reasonable and more significantly suitable explanation to the problems at hand. This country was built based on racism and murder against colored people only, and to think that the enforcement of some “stiffer rules” would help eliminate the problem is utterly ridiculous.

A better training/evaluation procedure for police officers should have been implemented decades ago. Yelling “Law and Order” is not giving a satisfactory explanation towards a solution in this matter.

Now acknowledging the fact that Black people, or rather African-Americans, are tired of being used as just voters is one thing, but blatantly stating exactly what you will do towards the betterment and empowerment of African-American and Mexican-American communities is another, and neither candidate has done so throughout the entire 1st presidential debate nor each of their campaigns respectively.

Keep believing that your vote counts for something, as if your vote can help African-American communities out in the long run realistically. You will soon realize that every single President of this country has an obligation to fulfill, and history proves that it has never been in the favor of the minorities in the US. – Dane Calloway