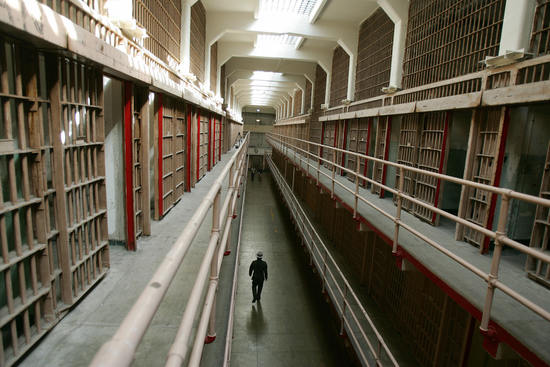 Private Prisons Face A Class-Action For Violating Anti-Slavery Laws In The U.S. In the summer of 2016, President Obama’s Department of Justice was directed to stop using private prisons.

Besides having notoriously inhumane conditions, the private prison industry doesn’t really save taxpayers money—it just generates money for people who are in bed with private prisons.

Trump and his racist Attorney General Jeff Sessions have already made moves to reverse course. This has sent private prison stocks soaring. There are a few reasons that Republicans like Trump and Bannon and Sessions want private prisons.

The main reason is that they are racist white supremacists; and if you are going to detain and imprison people of color with gestapo-sized forces, you’ll need a lot of prisons. And, as a class-action lawsuit that has been brewing since 2014 explains, if you are going to make America “great again” in the way that Donald Trump and Bannon and Sessions intend to, you need slaves.

Tens of thousands of immigrants detained by U.S. Immigration and Customs Enforcement were forced to work for $1 day, or for nothing at all — a violation of federal anti-slavery laws — a lawsuit claims.

The lawsuit, filed in 2014 against one of the largest private prison companies in the country, reached class-action status this week after a federal judge’s ruling.

That means the case could involve as many as 60,000 immigrants who have been detained.

It’s the first time a class-action lawsuit accusing a private U.S. prison company of forced labor has been allowed to move forward.

The lawsuit’s origins are the alleged human rights and labor violations practices at the Denver Contract Detention Facility.

The lawsuit alleged, amongst other things, that immigrant inmates were threatened with solitary confinement if they refused to work for the $1-a-day price. And let’s not forget, most of these people are in prison while their citizenship is being discussed.

Colorado felons are also paid a fraction of the state minimum wage for their work in prison, but they have been convicted of crimes and have lost certain rights as a consequence, including the right to own guns and to vote. But the people held at the Aurora facility are only civilly detained.

“There is a big difference between someone convicted of murder or rape and someone being held on a civil detainer for possible deportation,” plaintiff’s attorney Nina DiSalvo said.

Once again, immigrants are at the forefront of actually trying to make our country great again.

Interesting Topic Of Discussion – What Makes You A Racist Person? previous post

Fact Or Theory: CIA Responsible For Drug Distribution In The U.S. next post