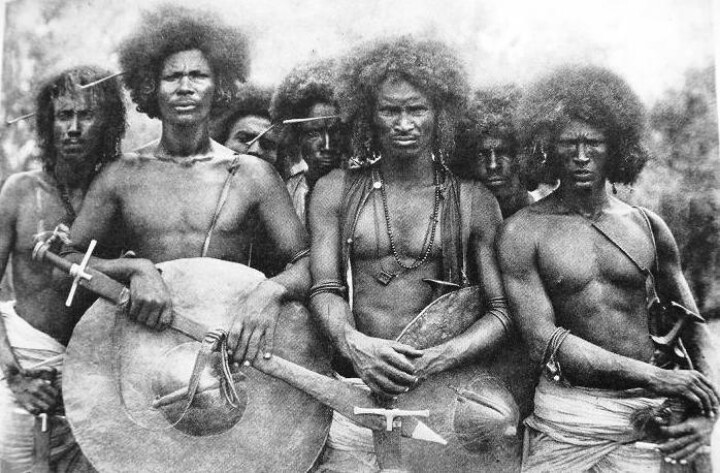 Untold History Of The Aborigines Of America Since the late 1630s, the people of color in America have been struggling with the actual account of their true identities.

After being labeled a race of people under certain classifications based on skin hue, the complexity of learning their background, heritage and culture was relied upon the western European settlers that won the hundreds of war invasions that took place immediately in the year of 1492 and beyond.

The inability of governments of America and Europe to come to grips with their dark past and allow the Aborigines, who are Natives to the land of America, as well as the descendants of everyone else involved; the healing required to move forward is not only a denial of basic human rights, but a tell-tale sign of the type of current racism, economic neglect and mistreatment that will surely come to light during this generation of life. The threads of these ancient cultures of the Aborigine people having existed here for tens of thousands of years prior to the arrival of the Europeans, no matter how tenuous they may currently be, must be preserved, strengthened and woven back into a quilt that tells the unique story of not only their past, but of their bright future as well. The reasons for this runs much deeper than one may assume.

One reason being, we have thousands of acient history records, artifacts, tombstones, and hieroglyphics etc all in Africa, but to really put the full puzzle together, one must learn the facts of the actual accounts of the Aborigines of America, because they are the direct ancestors of the now called “African-Americans“.

In today’s America, we are witnessing the now called “Native Americans” battle against the Federal Government over the Dakota Pipeline. They are protesting because of the government’s approval of this pipeline forces the removal of hundreds of their ancestors respectful and secret cemeteries from the land.

But actions like this are not uncommon by the Federal Government. In fact, the emigration of the Native Indians of this land started in 1492, and one untold example of that took place in the year of 1838. At that time, the Federal government began forced removal of any Cherokee Indian and/or Creek Indian families who had neither applied for state citizenship nor moved to their newly established Indian territory in the state of Oklahoma on their own.

Crude stockades were constructed to temporarily contain captured Cherokee and Creek families until they could be quickly relocated outside of the state of Georgia. One of those stockades was on the Etowah River near Canton in Cherokee County, Georgia. Nearly all Cherokee family cemeteries had been removed by late 1839 except for a couple. Due to the fact that there were very few Cherokees in Cobb County, Georgia that actually went on the Trail of Tears.

A large cemetery of Indian slaves, or rather Aborigine people of America, located in Marietta Georgia that dates from approximately 1812 to the 1880s, had not been removed and it’s very essential to the history of the Aborigines.

I personally asked a few my good military friends to ask any ranking soldier, preferably someone of Aborigine decent, to go to this location for me and record what it actually looks like, due to the fact that it is gated up and off limits to the public for obvious reasons. Watch the video below.

FIND YOUR TRIBE & GET YOUR MONEY
Starting your journey of finding your family’s tribe but you need help? You don’t know where to look, what to have or what to do next?