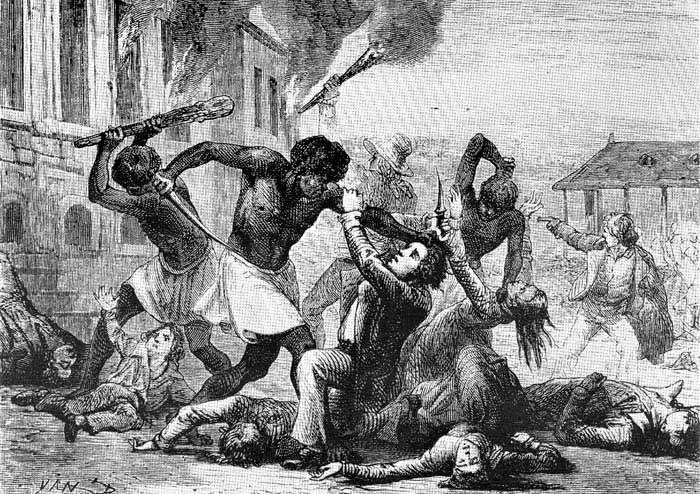 We may assume that the story of Nat Turner was told to us in full, but a closer look inside of the hidden spectrums of history determines otherwise. Here are very intricate details to the untold informative accounts of what is hidden in plain site.

He led a slave rebellion group of people that slaughtered the lives of their kidnappers, or how history likes to title them, slave masters.

[youtube https://www.youtube.com/watch?v=iM1EDjeYR2I?rel=0&amp;showinfo=0&w=640&h=360%5D
According to many records and a novel, the European settlers described the famous rebellion act of Nat Turner, as one of the same aftermaths of the Indian slave rebellions that they were encountering since 1712, well over 100 years prior to Nat Turner’s rebellion; describing their actions as gruesome, gory, vicious and ungodly. Bodies were viciously hacked up and left on the grounds to hang, all while decaying body parts were being picked by vultures. Including all of their slave master’s family members. Men, women and their children and infants. Not leaving a single life to live as they savagely saw fit.

It was the very same actions that Nat Turner discovered all while traveling throughout the Common Weath of Virginia, all along the reservation of the Powhatan Nation, granted with his slave master’s permission due to being a preacher of different surrounding counties.

In 2015, as part of the 15th anniversary of the 1954 Supreme Court Desegregation Decision, the state of Virginia instituted a Civil Rights And Education Heritage Tour located on the reservation of the Powhatan Nation in Southampton. The Common Weath started a driving tour that takes you through the southside of Virginia, in the middle of a fore, traveling to witness the grave sites of the Native Aborigines known as Indian slaves at that time of burial.

Tourist attractions in Fort Christiana are presented along with the area in which the Nat Turner rebellion took place.

Another familiar name of the Powhatan Nation is the Native Aborigine by the name of Pocahontas, famously known for the Walt Disney manipulated interpretation of her characteristics and persona.

They finally caught up with Nat Turner after the slaughtering decimated, hiding inside of a cave like pit that was occupied by Indians at that time.

These people are called the Nottoway Indians that hid Nat Turner and his family from danger. This is part of history that was left out of most of the stories you hear about Nat Turner. What is important to note, if Indians are what they show and tell us they are today; of Western tribe decent with the straight like hair and the alkaline features, then how could Nat Turner and his family live and hide amongst them for so long if they didnt look like him?

Fact: You Are NOT Required To Have A Driver’s License To Drive In The U.S. next post