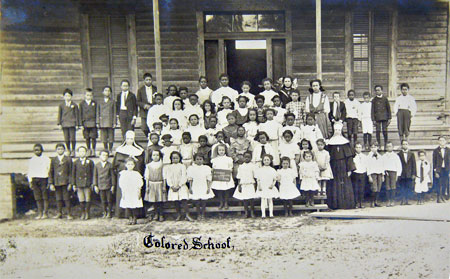 Before we begin this segment, let’s start with the 1828 Websters Dictionary definition of the noun American –

American: A native of America; originally applied to the aboriginals, or copper-colored races, found here by the Europeans; but now applied to the descendants of Europeans born in America. Millions of people of color residing in North America are under the illusion that the United States public educational system, and it’s schools, has been with us forever, when it is merely an innovation of the late 17th century, whose introduction was frequently resisted with violence towards the people of color, who are in fact the direct descendants of the Indigenous people of the lands now called the Americas.

Indigenous Aboriginal people were forcefully taught about the topic of American History, and more importantly – their history, by way of foreign teachings and later illustrations deriving from industrialized Institutions throughout the mid 1600’s and beyond.

These Institutions were ordered to legally plagiarize their publications from the likes of some very eminent key individuals, whom which were responsible for delivering a form of idiosyncratic unscrupulous manipulation, towards the rebellious revolutionaries whom they attempted to keep enslaved during that time period, while simultaneously colonizing their Indigenous lands.

[youtube https://www.youtube.com/watch?v=JXWYSHdwn4o?ecver=2%5D
Fast forward to today, there are hundreds of history books that were written, and what is very important to note, these history books all go through a “provisional process” before printing and publication.

This same organization that carries out this provisional process, is ironically in control of what each book presents as historical representation of such subjects concerning World History, American History and many other topics, not to exclude the one they call African-American History.

This independent organization is known as The American Textbook Council, based out of New York City, controlling and rewriting the modernized literatures inside of all American public schools and especially the history books since the year of 1988.

Also, the American Textbook Council works hand and hand with the federalized institution called the Department of Historic Resources, which just so happens to be the same organization in control of what stories are framed onto those Historic Markers you see all across the country. The Duplicity Of Public Schools

The initial step of this tactic was the firm establishment of these ever-so popular institutions called the public schools.

The public schools, along with their “public educational system”, was specifically designed to diminish students’ capacity for critical thinking, decimate literacy, and to eliminate any alleged dangerous signs of independence and creativity; which might otherwise contribute unpredictable and burdensome aspects to the task of corporate management and planning from the likes of white supremacists.

These public schools for copper-colored people were at the mercy of the white-controlled and operated state governments for funding, and federalized funding came later on during the late 1800’s.

Many of the white settlers did not want the so-called African-Americans, or rather Indigenous Aborigines, to become educated, fearing they would challenge white supremacy and not be content with jobs working in the fields, or in other forms of domestic service, deriving from the parallelism of industrialism.

Therefore, public schools for the so-called African-Americans received far less financial support systematically, than any of the all-white schools during its beginning stages of establishment.

In fact, they had the worse looking school buildings inside and out, the fewest books to utilize, and many of the copper-colored teachers were not paid for their work, but those who were, were compensated little to nothing as their salaries compared to the white teacher’s salaries within the surroundings towns and counties.

Or Watch The Full Video Below!